It is unlawful for anyone in the country to operate a vehicle while under the influence of alcohol. The state of California, including Sacramento, is aggressive in penalizing those who drive under the influence. If a person is convicted of a DUI, they can face serious penalties including fees, fines, possible incarceration, a license suspension, and more. At The Law Offices of Dale R. Gomes, we have the experience needed to competently assess your situation and provide a defense to protect your future. If you were charged with a DUI, you must retain the services of a legal team you can trust. Contact The Law Offices of Dale R. Gomes today to discuss your options with an experienced El Dorado DUI Lawyer.

A person can be charged with a DUI if law enforcement determines their blood alcohol content (BAC) is over the legal limit. In the state of California, this limit is 0.08% or greater. This can be determined through a breathalyzer test or a blood test. If you have been caught with a BAC over the legal limit for the first time, you may face the following consequences:

Drivers who are found guilty of a third or subsequent DUI can face overwhelming consequences that have the potential to impact the rest of their life. These can include, but is not limited to:

A person can be charged with driving under the influence of drugs (DUID) if they are no longer sober due to any illegal or over-the-counter drug as well as the combination of such with alcohol. Penalties for this charge can include:

According to the California Vehicle Code, a driver can be charged with a felony if it is their fourth or subsequent DUI offense, or if they injure another party in an accident. Penalties for a felony DUID can include the following:

Why Choose The Law Offices of Dale R. Gomes?

As a former Deputy District Attorney, Dale R. Gomes has the skill and experience necessary to effectively defend you in court. Attorney Gomes will give you his undivided attention and explore all legal options on your behalf. If you were charged with a DUI in California, whether it is your first or your fourth, a DUI lawyer at our firm can help. Contact The Law Offices of Dale R. Gomes today.

If you have been charged with a DUI in the state of California, your future is on the line. This is why you must retain the services of a skilled DUI lawyer that can fight for your rights. The Law Offices of Dale R. Gomes knows how to defend your case. Contact our firm today to schedule a consultation. 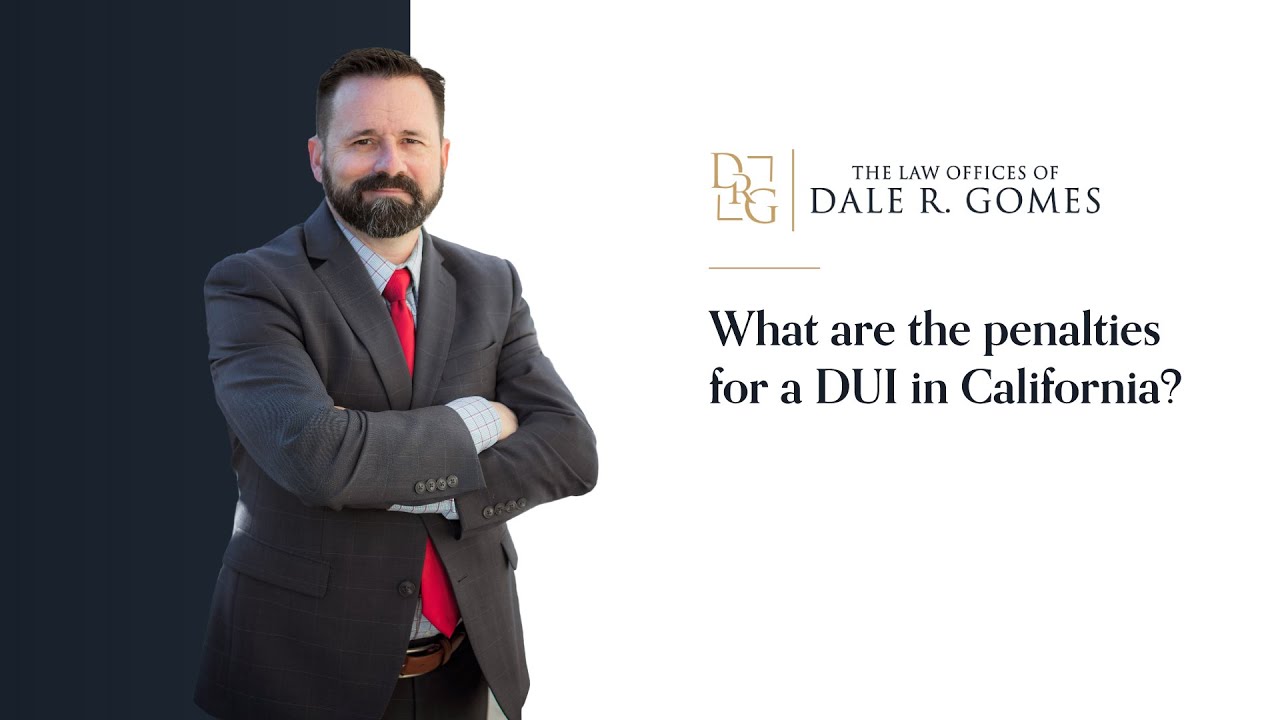